by The Chimney Swifts 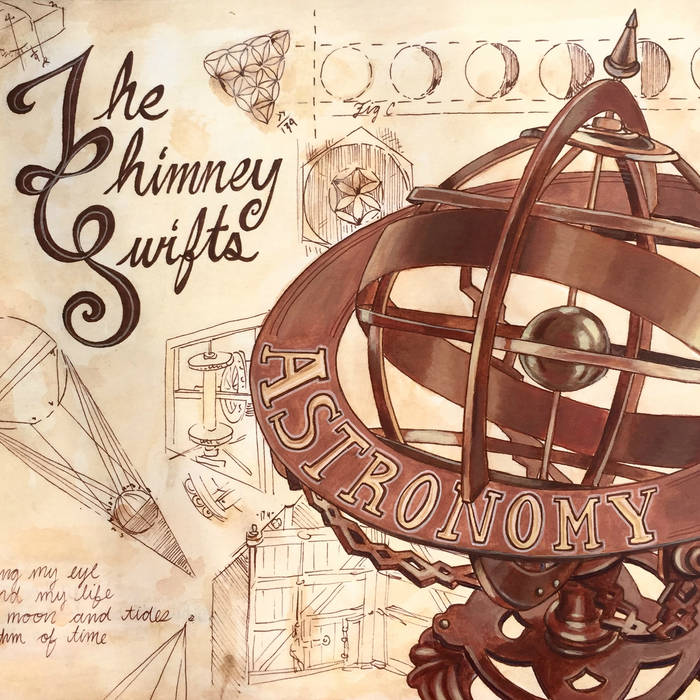 This album is the culmination of two years in the home studio, as the band meticulously crafted each song, with Jesse Potter producing and engineering. It features ten of the band's original songs, as well as two songs written by other folk musicians from the area. The winding path of Astronomy explores many flavors of music, featuring layered harmonies, fabulous guitar arrangements, and thought provoking lyrics.

Halifax artist Emily Powers helped us realize our vision for the artwork, influenced by the sketches of Leonardo Da Vinci, and steam punk styles.

Mixing was done by Paul Ranson.

CDs were manufactured by Atlantic Disc, who also did the mastering for the album.

Special thanks to former member Jamie Loughead for recording the bass for the album.

Sweeping Nova Scotia up in a whirlwind of unique original music. The Chimney Swifts captivate audiences with their insightful lyrics, tasty guitar solos, and five unique voices. Weaving together a variety of genres, the band keeps you on your toes, and sends tingles down your spine at their live shows. Check out their brand new album "Astronomy" today! ... more

Bandcamp Daily  your guide to the world of Bandcamp

Featuring appearances from Kari Faux, Bluestaeb and and interview with NY-bred artist Wiki